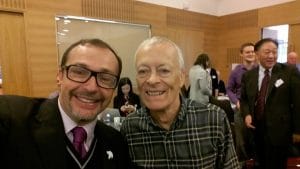 Davy Jones and Giovanni Allegretti at the International PB Conference, Oct 16 in Edinburgh

In a special edition of the Davy Jones politics show on RadioFreeBrighton, these are recordings of interviews he undertook while attending the International Participatory Budgeting Conference in Edinburgh in 2016.

Jez talks about how PB first came to the UK, survived austerity and become mainstream again. Alistair discusses why PB works locally, Kathleen reports on how PB in Scotland became embedded within mainstream public policy and Gio looks more widely how PB has operated across the world.

Listen to Davy’s show on Mixcloud