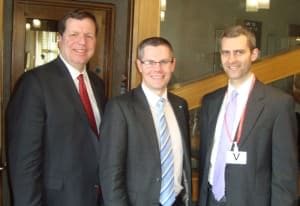 Representatives of Participatory Budgeting (PB) projects from across Scotland met in Glasgow on the 15th October 2014 to share the rich experiences of PB in Scotland over the last 10 years.

Participants heard first-hand of the experience of PB programmes in Scotland and the learning from a recent online survey of the state of PB in Scotland. It is believed there are over 22 initiatives already, most little known outside Scotland or to each other. This is set to grow, making the event particularly timely.

PB sits alongside the objectives of the Scottish Government’s Community Empowerment Bill introduced to the Scottish Parliament in June 2014. Derek MacKay MSP, Scottish Minister for Local Government and Planning recently endorsed PB at the Changing Lives, Celebrating Success conference.  The Minister’s speech is available on the Improvement Service website  in Part One of the presentations, and the Minister referred explicitly to Participatory Budgeting towards the second half of his speech.

Alongside many other statements in support of devolving power and responsibility to communities the Minister stated "Participatory Budgeting is not something I propose to legislate for, but it works incredibly well and I would absolutely encourage it in every part of the country. Indeed we will be introducing some proposals on how we think we can further encourage it. Where it has been delivered it largely works. People appreciate having a say not just on a blank consultation, but on how resources are spent."

PBPartners is also working on spreading the PB message further, funded by the Scottish Government and supported by the Convention of Scottish Local Authorities (COSLA).  As the first part of that work it is offering Scottish Government funded PB workshops available to representatives of all 32 councils in Scotland. These dates have been very popular and some exceeded the expected demand.

Not only the Scottish Government sees participatory budgeting as an innovative tool for community engagement. PB was positively regarded in the report of the recent Commission on Strengthening Local Democracy, which recommended participatory budgeting as an effective tool that can be used to engage people in making decisions about how local budgets are spent. It also fits closely with the Scottish national standards for community engagement, which align with published  PB values, principles and standards.

There are many different ways of using participatory budgeting, where local people are invited to make decisions on priorities, services and budgets in their local area. It can be done on a formal, regular basis. For example local people could be involved in neighbourhood forums, which develop proposals for budget allocations and projects. Or, it can be more informal. Like holding a local event open to anyone, and ask people to make decisions about funding, as done regularly at Leith Decides.

In early 2013 the PB Network, which advocates for innovation in PB helped coordinate a tour of the UK by overseas experts and practitioners on PB. Alderman Joe Moore from Chicago and Josh Lerner of the PBP met with Derek MacKay MSP as part of their visit, where he heard about the rapid growth of PB in North America in the last few years.