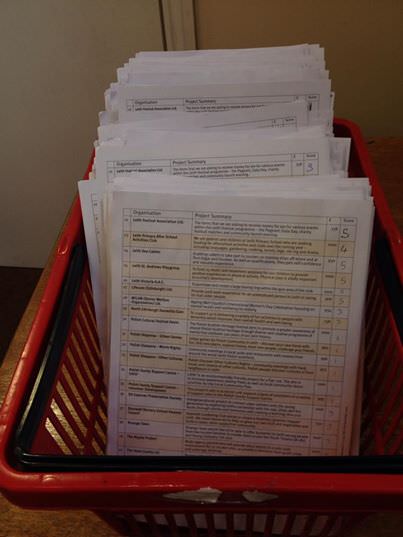 For the fourth year in a row numerous local projects have been funded in Edinburgh through the Leith Decides Participatory Budgeting programme. Over 1000 people participated through multiple channels, including postal voting, using local libraries as voting stations as well as at the decision day event. Just under £23,000 was in the pot, with local groups able to bid for up to £1000 each

The decision-making event took place on Saturday, 15 February 2014 at Leith Community Education Centre, New Kirkgate between 1.00 pm and 3.00 pm. This was also fun family event so residents were able to bring the kids. Anyone aged 8 years or over, who lives, works, volunteers or studies in the Leith Neighbourhood Partnership area, was asked to make the decision on grant awards. This is done by giving every project a score out of five. The projects with the highest scores were given a community grant. Results were announced on the day.