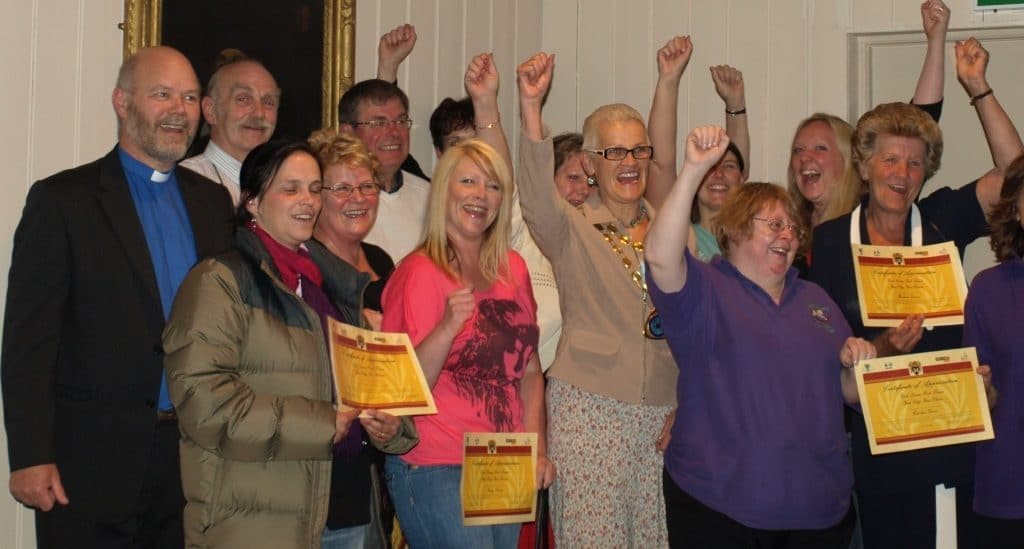 Members of the St Asaph community doing PB in Wales

The UK PB Network and PB partners have been promoting PB in the UK since 2012. Following great success in Scotland which has seen nearly £5m invested in growing PB by the Scottish Government the idea is taking off.

PB partners has been contributing to new initiatives in the Republic of Ireland and Northern Ireland, promoting PB as a possible part of ‘DevoManc’ and now the Welsh Government is considering whether a national PB initiative, using an online platform, is possible. So they commissioned the Public Policy Institute for Wales to write an evidence report, which has recently been released.

Following the interest the report stimulated there was an article published on the Institute for Wales Affairs website entitled "It doesn’t have to be a bun fight". The blog, by Jez Hall suggested that it might be possible to link the process of a citizen jury with a national PB initiative.

Pb isn’t new to Wales, as our photo, taken in 2009 shows. A number of PB programmes have operated across Wales, but these have been patchy and dependent on localised  commitment to opening up budget decisions. To now have a national PB programme in Wales would be a massive boost.

Its a challenge, but one which has been proved to be possible, as in Portugal, that this year ran its first national PB programme, attracting around 80,000 participants, through which 3m euro was invested in over 30 projects.