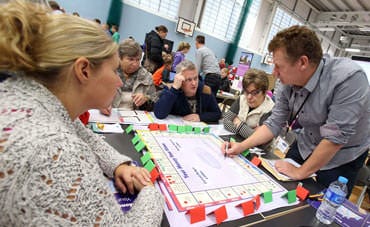 The Local Government Chronicle has named Durham County Council as Local Council of the year at the LGC awards 2014, held in London on the 12th March 2014. Durham was praised for "relations with local businesses, support for SMEs, real progress in community asset transfer and the contribution made to the wider area. This council has also made considerable efforts to engage the community."

The PB Network would like to congratulate Durham County Council, particularly for its success in using Participatory Budgeting to engage thousands of residents in the last year, and thereby be better placed to meet the needs of local residents.

When facing massive cuts in services the reaction of many local councils have been to become more internalised, but Durham has recognised what the PB Network has long realised – that by working with, and by listening to local residents, they are more successful in meeting their challenges than when taking decisions behind closed doors.

Simon Henig, leader of the council said on receiving the award: “We are absolutely delighted to have won Council of the Year. It is particularly gratifying as the authority has been in existence for less than five years.”