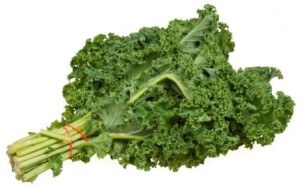 Kale… about as unpalatable as a plate of democracy?

In a new blog entitled ‘let them eat kale’ by Peter Bryant, PB Partners associate and head of community engagement at Our Life, he argues that DevoManc is an excellent opportunity to practise devolved democracy. In a memorable quote by Josh Lerner, director of the North American PB Project: "democracy has become the political version of kale, almost everyone says its good, but few want to eat it"

"In the context of the Scottish Referendum, the talk of devolution and the reality of DevoManc, it’s interesting to look further afield at efforts to give citizens a voice and in particular a say in how the money is spent.  In April 2016, we will in Manchester have the devolution of £6bn of health and social care spending in what is being dubbed the ‘MHS’.

The hope is that the process may bring local government into some of the tough decisions that will need to be made about the future of local health services, so bringing decision making closer to the citizen.  Whether you believe in DevoManc or not, I see it as a great opportunity to explore the role of participatory budgeting (PB) which is the idea of involving local people in making decisions on how a defined public budget is spent and where the priorities are.

This would be an ideal approach to use in helping decide how some of our mainstream health and social care budgets are spent and would garner much needed confidence and trust from the people of Manchester."