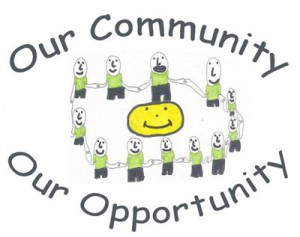 Cheshire Police and Crime Commissioner John Dyer recently trusted residents of Grange in Runcorn with part of his budget, and the results have paid off. In a recent press release it is reported…

The ten projects with the highest number of votes by the community of The Grange in Runcorn were announced at a packed event held at the Grange Youth Hub by Cheshire’s Police & Crime Commissioner John Dwyer.

“I was overwhelmed by the level of community involvement in this project which is the first of its’ kind in the county” said John Dwyer. “There were over 700 votes for the 16 projects put forwards and I was pleased to see that the winning projects cover activities which will benefit all age groups in the community.”

Inspector Barry Brown, the local Neighbourhood policing Inspector for Runcorn said, “I want to thank my own staff, PC Heather Stephens and PCSO Gary Cooney for the work they have done on this project but it’s success is down to the fact that they got the community involved. The project has been run by a steering group which includes local organisations and residents and by working alongside the Office of the Police & Crime Commissioner they have mustered the real community spirit which exists in the Grange.”

John Dwyer added, “It is easy to be complacent at the moment but the real success of the project will come from the long term benefits of the projects when they are implemented and I am looking forwards to visiting each of them to see the impact they have. I wish to congratulate all of the groups who put forward project bids. But it’s not all over to those who were unsuccessful. There will be a second round of bidding and voting in September to maximise the full £30k I have invested in this project.”

The successful winners were: