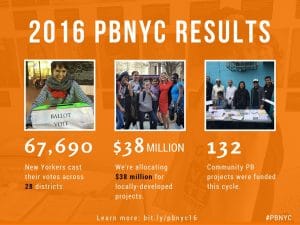 During the voting period of March 26th through April 3rd, over 67,000 New Yorkers voted to allocate $38 million dollars for locally developed capital projects across 28 Council Districts in New York City.

Council member Robert Cornegy said: “We are proud of the positive results from the inaugural undertaking of the Participatory Budgeting process. This experience has allowed us to engage youth in the city’s budget procedures and we applaud the intergenerational show of democracy. Our winning projects will be beneficial to all members of the community and we look forward to its implementation.” 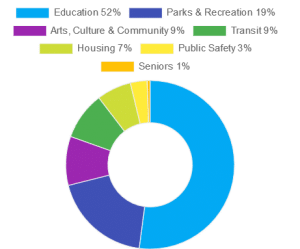 Voting in Participatory Budgeting is open to all residents of participating districts 14 years of age and older. The sole identification requirement is proof of residency in the district, removing traditional obstacles to full civic participation such as youth, income status, English-language proficiency and citizenship status.